A special screening of the Journeys film took place last night hosted by the Migration Museum. 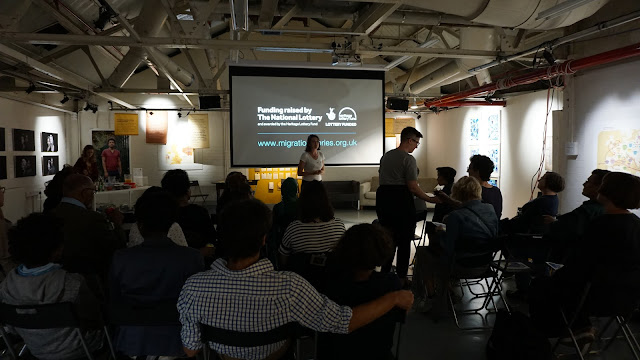 Audience members were given the opportunity to look around the No Turning Back exhibition, which comes to an end this weekend at the Museum, before settling down to watch the film. 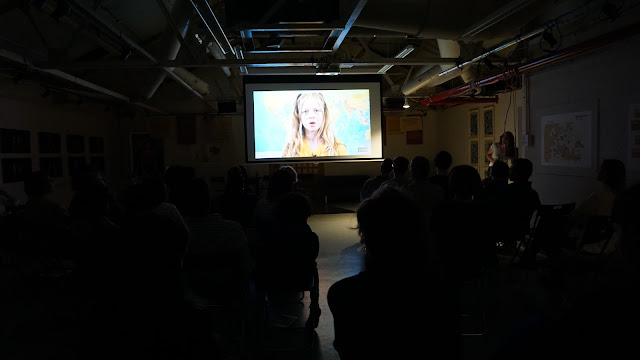 After the screening there was discussion with digital:works representatives taking questions about the project and how it was run and people who were interviewed for the film talking about their experience of taking part in the project.

There were many interesting themes that came up including whether having young film makers helps or hinders an oral history project and whether interviewees were self-censoring their answers because of the age of their interviewers. 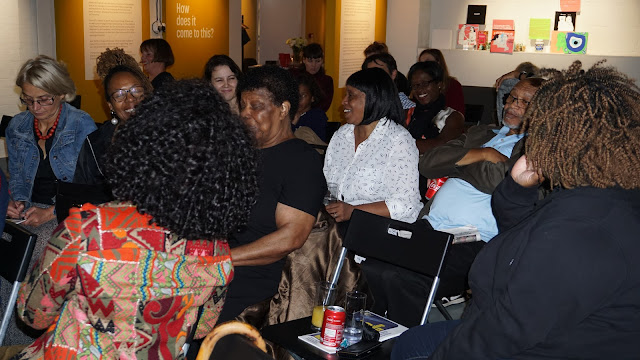 One interviewee admitted to putting a positive spin on her experiences by not talking about any negative events that took place in her life but that this was as much because she is a positive person that has been very successful in academia and business than anything else. Another interviewee said it was clear from the film that most interviewees were happy to talk of difficult times and that she wanted the younger generations to know what life was like for them because their battles have made it easier for future generations.

There was much interest in the process of developing and running projects like this and how schools and other organisations support and get involved in them. 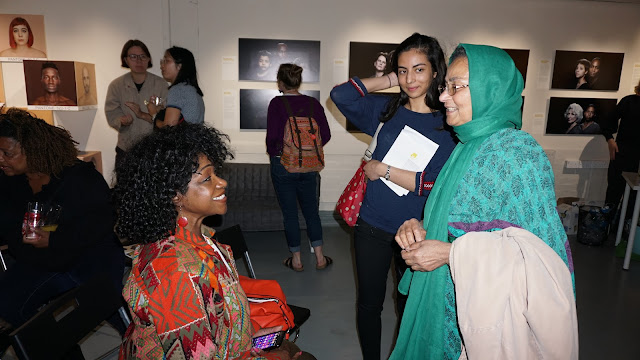 It was a fabulous evening and we appreciate everyone's attendance and involvement. 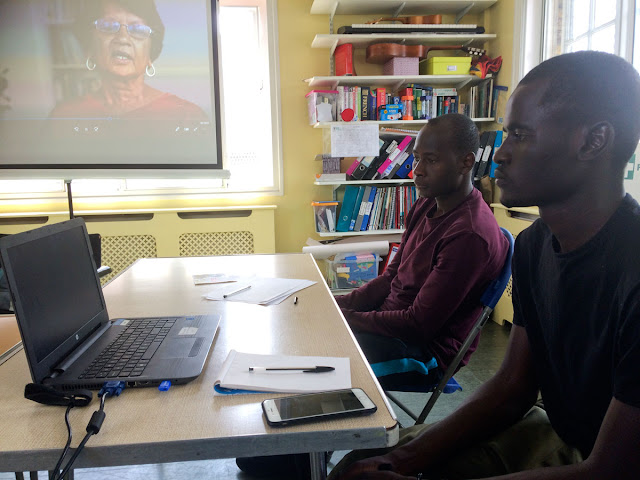